Increase in Prize Limit for Cat C and Gaming Machines

The Department for Culture, Media & Sport has released a response to its consultation on proposals for Changes to Maximum Stake and Prize Limits for Category B, C and D Gaming Machines. The proposals include increased limits for prize gaming and category B1, B3A, B4 ,C and D machines that offer a money & non-money prize (coin pusher/penny falls). The changes have been highlighted in the table below: 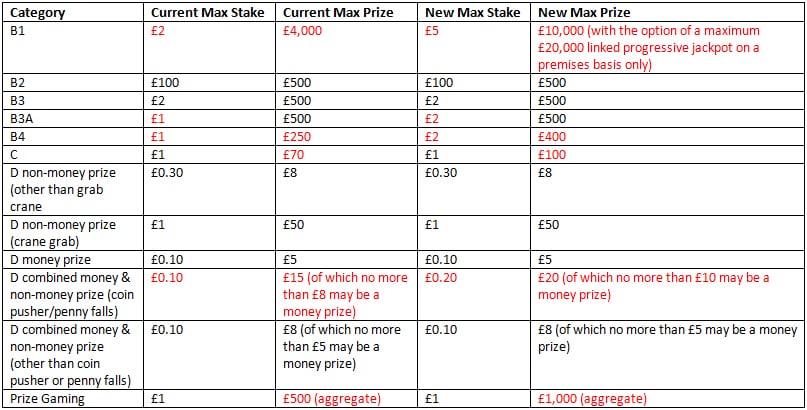 t is expected that the Government will lay a draft regulation in Parliament in Autumn 2013 with a view to the amended stake and prize limits being implemented by early 2014.If you wish to read the DCMS’s response in full, please click here.